Picked up this 1906 Ellensburg Colts cut-out from a Spalding Guide. #10 in the photo is John Golden (1880-1951). Golden was among the first African Americans to integrate semi-pro baseball in Washington state, when he joined the Colts as third baseman and relief pitcher. He served in the Buffalo Soldiers 9th cavalry aside Roosevelt's Roughriders in the Spanish American War. After a brief respite in New Mexico, a tour in the Phillipines, he settled in Ellensburg, where he performed brilliantly on the baseball diamond until at least 1912.

#12 in the photo is Nick Daviscourt (1888-1960). Daviscourt was a goon in the wrestling ring and on the baseball diamond famous for his dirty tactics. He was the Amateur Champion of the Pacific Northwest, and Canadian Heavyweight Champion, who wrestled for the World Heavyweight title twice; versus Ed "Strangler" Lewis in 1921 (New York City), and Jim Browning in 1935 (Los Angeles). Both bouts he lost.

Other local notables pictured include Ray Pautzke, son of the photographer of this image. The Pautzke's are very well known here for their fishing bait, and historical photography. Clyde Suver, also pictured, played football and baseball at WSU before returning to Ellensburg after World War I. He was a catcher for the minor league Ellensburg Hawks 1922-24 with future Yankee/Red Sox outfielder Roy Johnson. Suver was the Cattleman's Association President for 30 years when he and the Stuart Anderson family (of yes the well-known Angus beef stock) founded their farm a few miles down the road in Thorp, Washington (circa 1920). 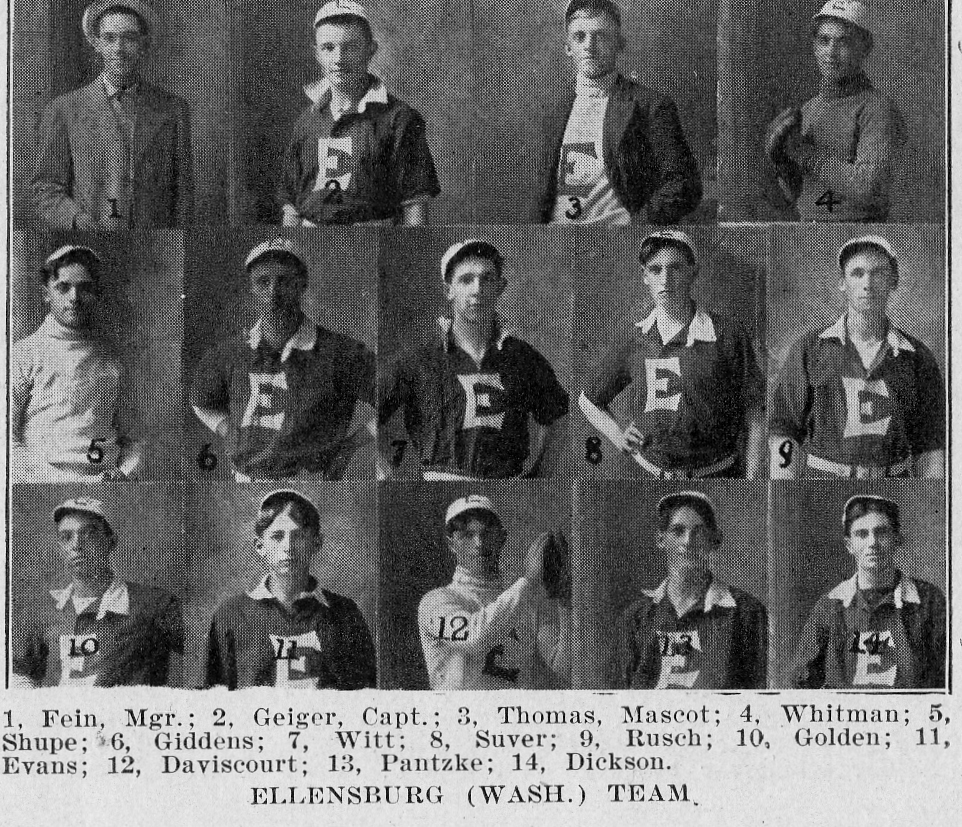