Picked this Cabinet up off Ebay tonight. He has an 1890's Outfield Position Pin on his Cap which is an added bonus to a very nice Image. 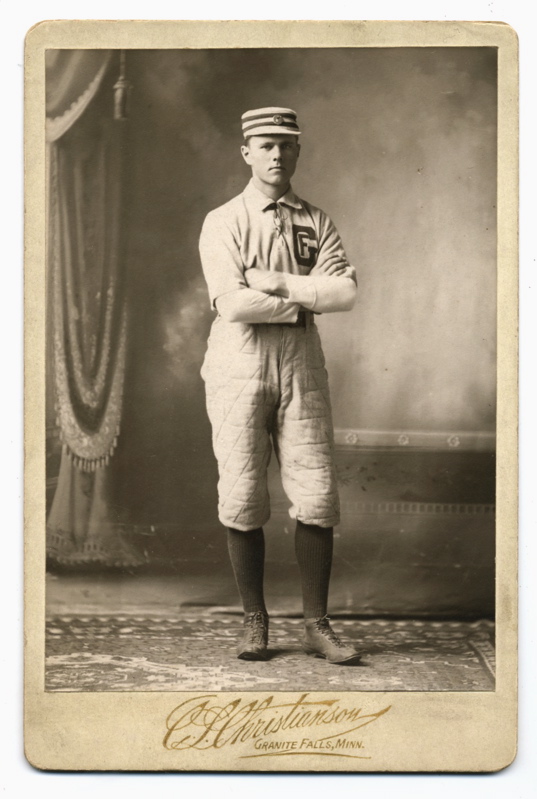 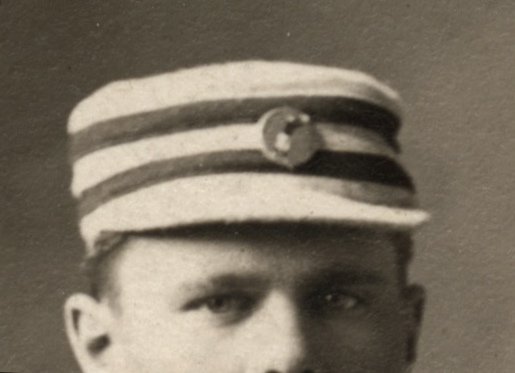 I acquired these over the last week of October but figured I would post them here. This is my first time actually responding to this thread so please grant me some leeway! haha. I acquired the Musial raw and just got it back from SGC. 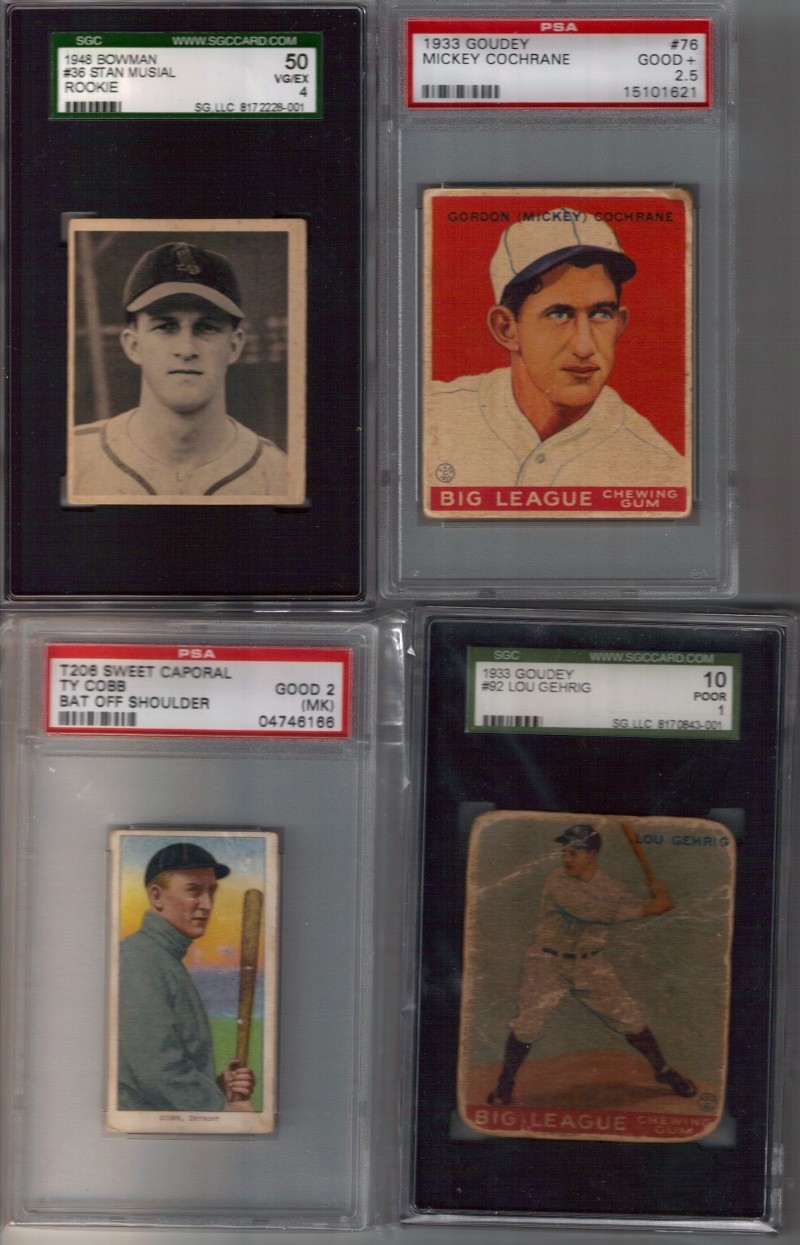 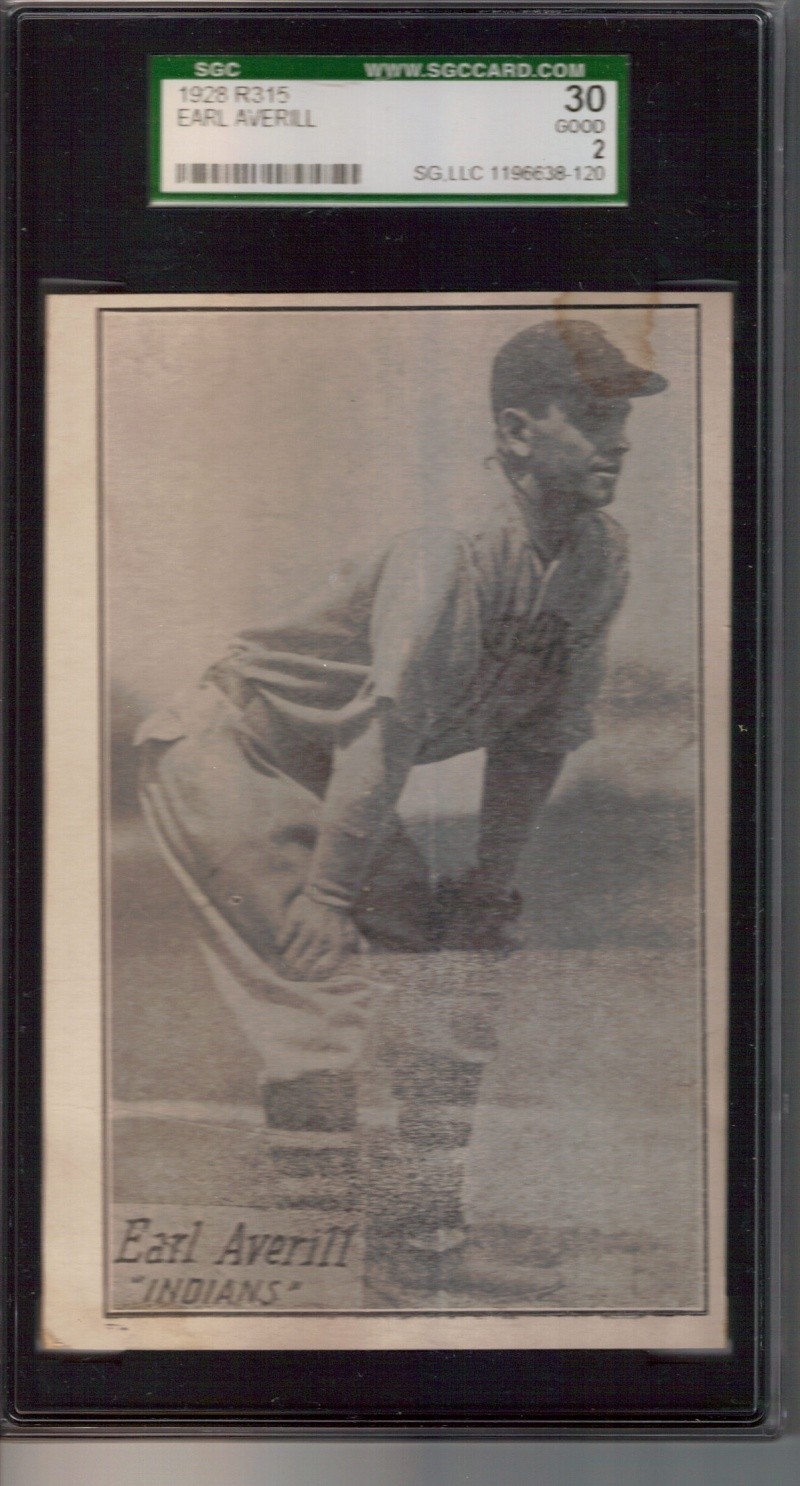 Thought I'd post new pics of my recent pick up at just arrived. The previous scans didn't give any justice.

Looks like November's off to a great start! Just purchased this one (I strayed from my Red Sox...) 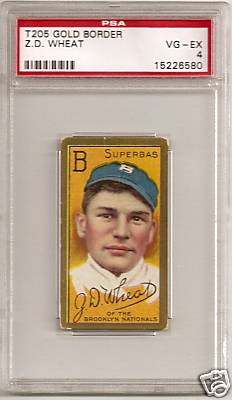 That Gehrig card is a seriously loved card. One of my favorite cards in any set.

This just came in the mail today..... 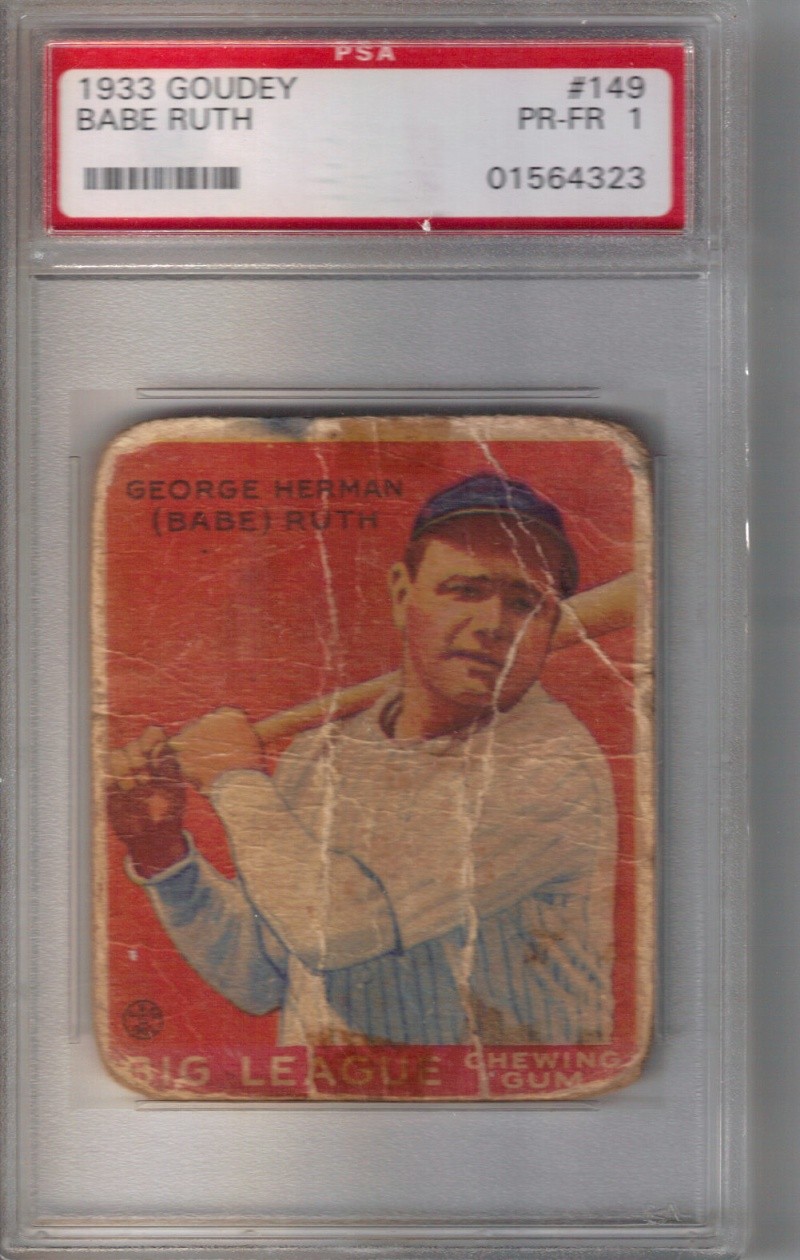 Neat cabinet, Jerry. And an interesting observation about the position pin on his cap.

I'm guessing the pin your player wearing is the same as (or very similar to) this one, which is circa 1900, and can be found with or without the advertising on the front. Thoughts? Well loved cards seem to be a theme here. Some day I might own a Ruth. I almost bought a trimmed one at the end of the Nationals a few years ago for $400, but when I went back to buy it the seller had shut down early.

WOW, what a cabinet of a very tough HOFer. 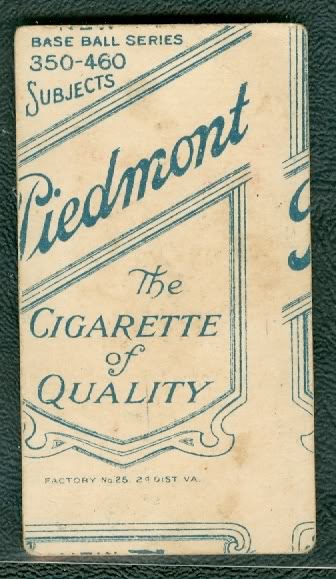 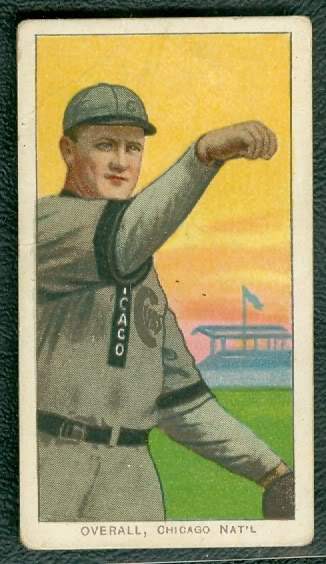 Great Cabinet Jeff
Let me know if you ever want to trade that bad boy.

Ben, from what I have been able to asertain from checking around is that Postion Pins were made between 1896 and 1920's. The pin on my Cabinet appears to be a Center fielders pin but I won't know for sure until I get it. Some Position Pins had advertising and some didn't. Some pins had blue uni's and some red. Robert Edward offered a complete set in a 1999 auction that was still on the advertising card that was dated 1909. Thats all I know so far 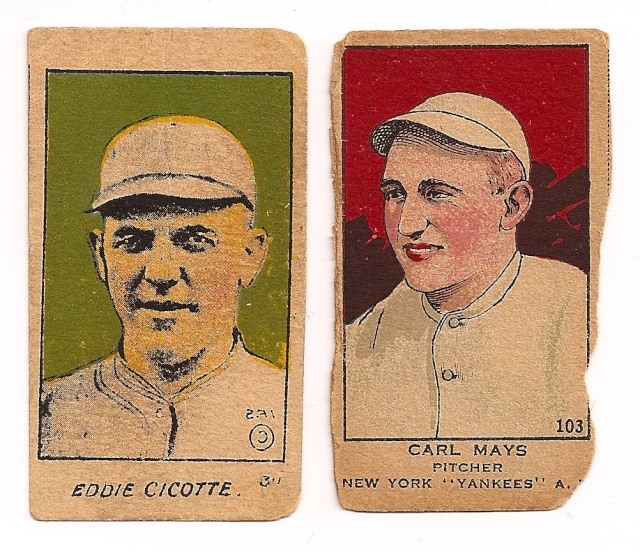 Finally got a D310 type that I couldn't manage to pick up in the 19thcenturyonly auction. 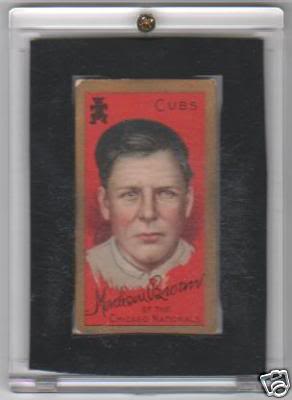 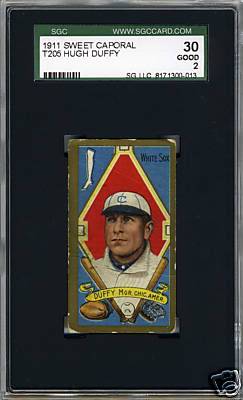 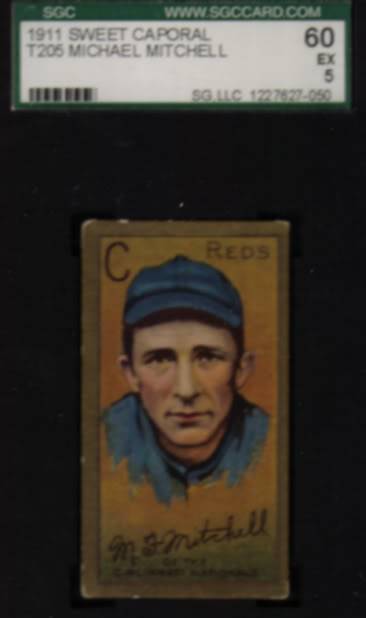 Upgraded my E107 Joss in a trade with a fellow board member. 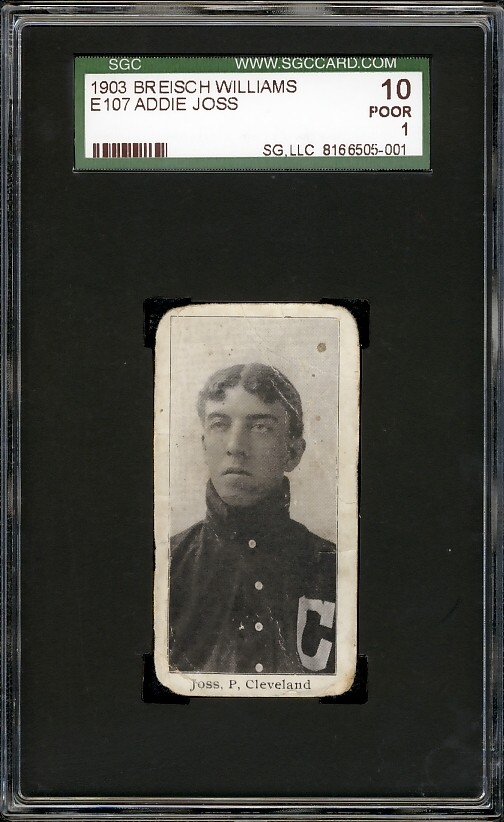 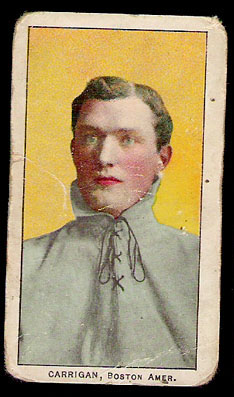 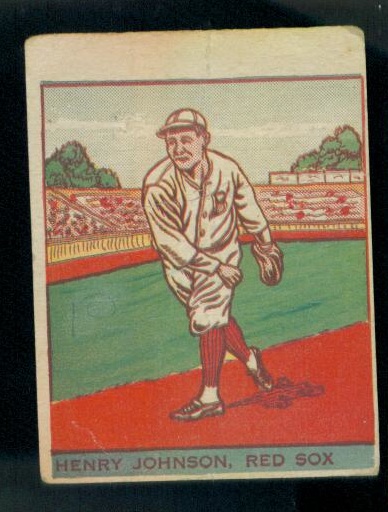 Nice. Those r337s are often a bit rough.

"High End" for my collection but I thought it was really sharp. 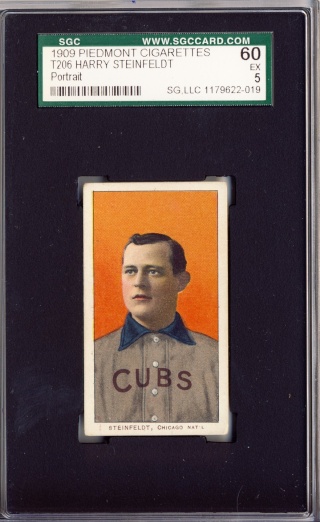 I think that is Babe Ruth mislabeled as Henry Johnson. Now if you put it up on Lipset auction it might get $10,000. 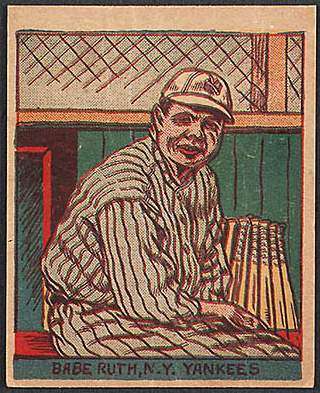