Today, marks the centennial of Jimmy Claxton's integration of professional baseball, May 28, 1916. Though his professional career lasted only one day, he continued to integrate semi-pro, and minor league baseball in Seattle, Tacoma, Portland, Oakland, and Reno for the next 25 years. He was among the first African Americans to manage white semi-pro and minor league teams in Washington and Nevada prior to World War 2.

Many baseball historians have dismissed this event as an anomaly, or even an insult as he "tried to pass as Native American". They do not understand the man or his families many battles against exclusion and prejudice in every professional trade by any means necessary.

His father, William Claxton (1862-1943), was a black strikebreaker of the 1888 Roslyn, Washington Coal Mine Strike. An early Civil Rights Activist in Washington State, William and James Shepperson, spearheaded the integration of the United Mine Workers in April 1912. Jimmy Claxton's nephew, the Honorable Judge Jack Tanner (1920-2006), became the first African American federal judge West of the Mississippi when he was appointed by Jimmy Carter in 1976.

As for Jimmy, former New York Yankees and Minnesota Twins scout Bob Maguinez declared him the "greatest ballplayer ever in the game". Yakima Indians manager Sonny Sontheimer described him as "a team almost in himself". Claxton's 138 confirmable wins (77 losses) places him amongst the top 5 all-time for Negro League hurlers, but most of his wins came in integrated company. His .350 lifetime batting average places amongst the greatest hitting pitchers of his generation, though his versatility allowed him to play every position on the field at least once in his career (including beginning his career as a left-handed catcher). And he was fast of foot on the basepaths, leading the Tacoma Industrial League in stolen bases in 1924 (he beat out Roy Johnson though Claxton was ten years older than the future Yankee).

Here is brief list of teams and leagues Claxton integrated in his career:

He was stubborn beyond measure and every mound was a fragile soapbox. A truly under appreciated baseball pioneer. I highly doubt anyone will even mention it. Happy 100th!
If you are interested in reading more about his many accomplishments on and off the diamond, here's a direct link to the biography, "Darkhorse: The Jimmy Claxton Story":
http://www.thebookpatch.com/BookStore/darkhorse-the-jimmy-claxton-story/db6b4c1b-5ff7-4316-94cd-cd0bdb9e372d 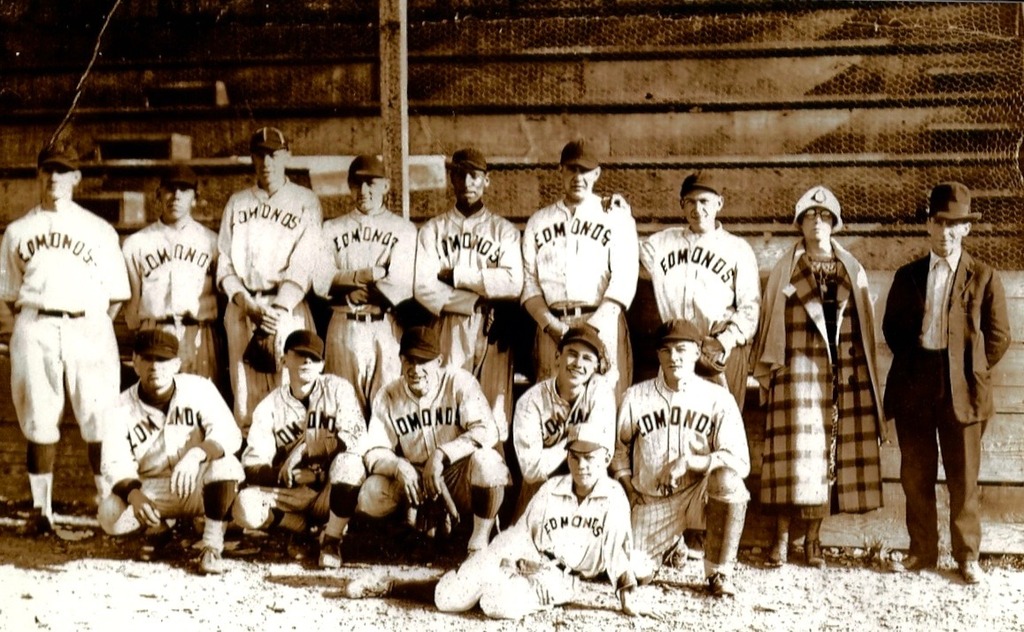