Introduction and Questions about T-213 and W-551

Introduction and Questions about T-213 and W-551

I am a new registrant and would like to thank the entire forum for the opportunity to discuss vintage cards. I have been a very casual and sporadic collector of T206 cards for about 10 years but recently decided to reinvigorate my interest and take a more active approach to collecting. It is my life goal to collect a 524 card set although that is certainly more aspirational than plausible at this point considering I am only about 5% of the way there. I am also generally interested in all pre-war cards; not just T206. Anyway, I am looking forward to becoming more involved in this venue to discuss my new reinvigorated interest in tobacco cards. Naturally, as a new person I have a few lingering questions I wanted to ask from the outset. Forgive me if these are covered elsewhere:

1. Why does the PSA SMR price guide not list values for the T-213 Coupon series? I know they cannot possibly list every card series but there are other series in the guide that are far less prevalent. T-213s are neither listed in the magazine or online. Do most people just go by the similar T-206 values?

2. I have one relatively poor W-551. It has little value -- as it is unfortunately the only non-HOF in the group -- but I am interested in finding out more of the history of these cards. The most I can find online are brief references to it as a strip card with almost no amplifying background. I get the concept that it was likely hand-cut from a strip of cards that were probably promotionally distributed. But is there any additional known information about this series? Who manufactured them? Were they given away or included with the purchase of cigarettes? Were they common or a relatively obscure product when initially distributed?

Naturally I would like to discuss many more topics at length but I will leave it at these two questions initially. I mistakenly signed up for this forum with the same handle I use on eBay. I now see the error in that; so if you see me bidding on one of your items on eBay please be kind.

Welcome to the forum.

The w551 strip card set consists of ten cards. Nine of the ten cards in the set are the same pose with different colored backgrounds as the w514 set (all but Ruth). Strip cards were sold in "strips" of 3,4,5, or 10 cards and later hand-cut (usually with a grapefruit spoon). They were typically dispensed from a penny machine. This particular set has not been attributed to any particular company but many strip cards sets were produced by "Universal Toy & Novelty Company". They were common and cheap. Good news is you already have 10% of the set

pariah1107- Great info on the W551. Thanks for taking the time to respond. I did not realize they came from a vending machine but that makes complete sense as to why they would be in a strip. Mine definitely looks like it was cut with a grapefruit spoon...and then wadded up in some kid's pocket for 45 years.

Welcome to the forum. When it comes to T213's I don't rely on any of the guides, SMR, etc. as I find they often aren't accurate. I try to follow final prices on Ebay and other online auctions and then base my purchasing or valuation on that.

Z-NUT: Thanks for the response and I agree the guides have only limited value; something I've observed with T206s.

My question is more along the lines of why PSA SMR ignores the T-213 series? Is this series not as popular? Is it considered too similar to T-206 to warrant its own listing? Or does this series just defy grading?

Not sure why PSA doesn't list them. T213's are scarcer than T206, but the demand for T206 is far greater. Even non-collectors have heard of the set or at least the Wagner. You could stop a 100 people on the street and not one would know what a T213 is.

And as someone who collects T213, the fewer people know about it, the better for me.

Z-Nut, thanks. That's great info. My T-213s were all picked up on eBay years ago and advertised as T-206s. I didn't know the difference myself at the time. They are beaters, though, so mostly just conversation pieces.

Andy, "W" cards don't do much for many/most collectors, including me, but I do get turned on by the scarce/rare ones that have advertising on the backs, such as these:
Val 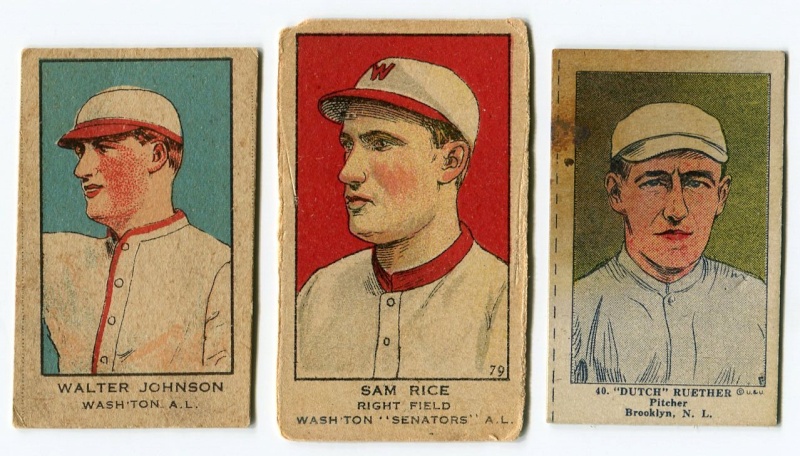 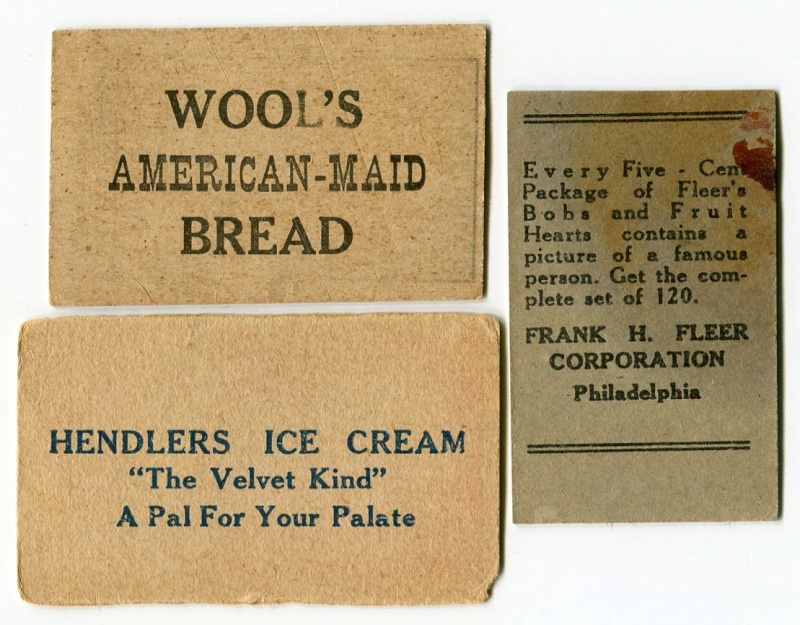