An interesting sideline to hockey collecting stems from the overlap of players who also starred in lacrosse...and fortuitously have Canadian issued lacrosse cards.

I started collecting lacrosse cards to get cool, scarce cards of certain hockey Hall-of-Famers. But I got so into the lacrosse sets that I couldn't just stop there.

It is generally accepted that the C60 (set of 98) was the first of these sets issued by Imperial Tobacco. This was followed by the C59 issue (set of 100) and then the black and white C61s.

The C59 set has the same subjects as C60 for cards #1-98, but additionally has two more Vancouver cards as #99 (Dude Sumner) and #100 (Newsy Lalonde). Close observation will show that the background color on some C59 cards are different from their C60 counterparts. Other than that, the best way to tell the two issues apart is by looking at the reverse. The C60s have the more "simple" reverse, while the C59s show a more ornate design on reverse.

Another interesting thing I have found within both C59 and C60 is some interesting color variations from the printing process (I imagine missing color pass(es)). 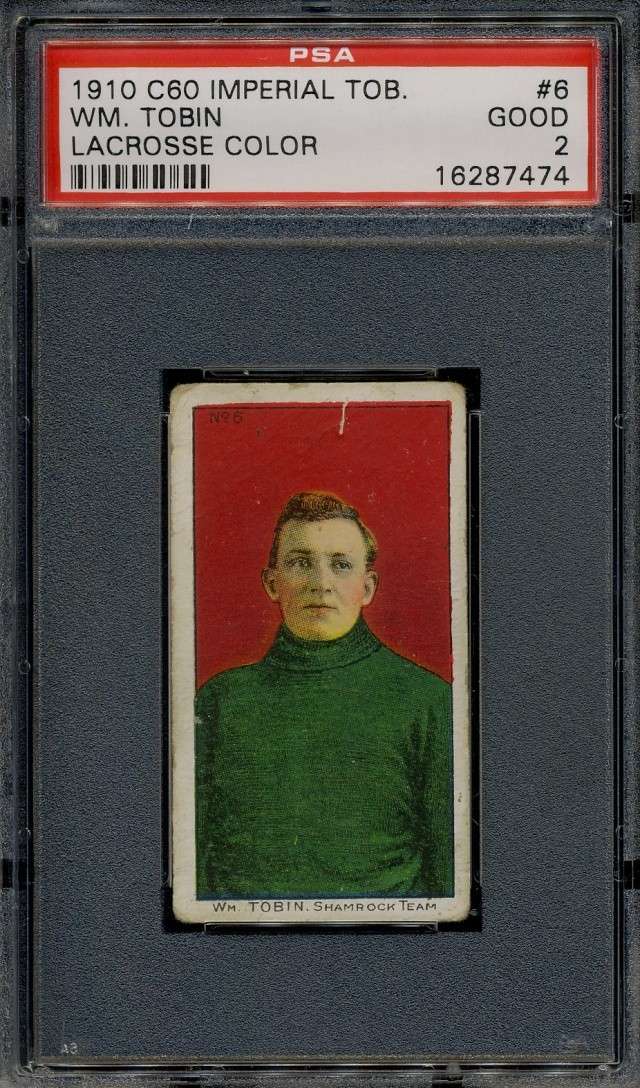 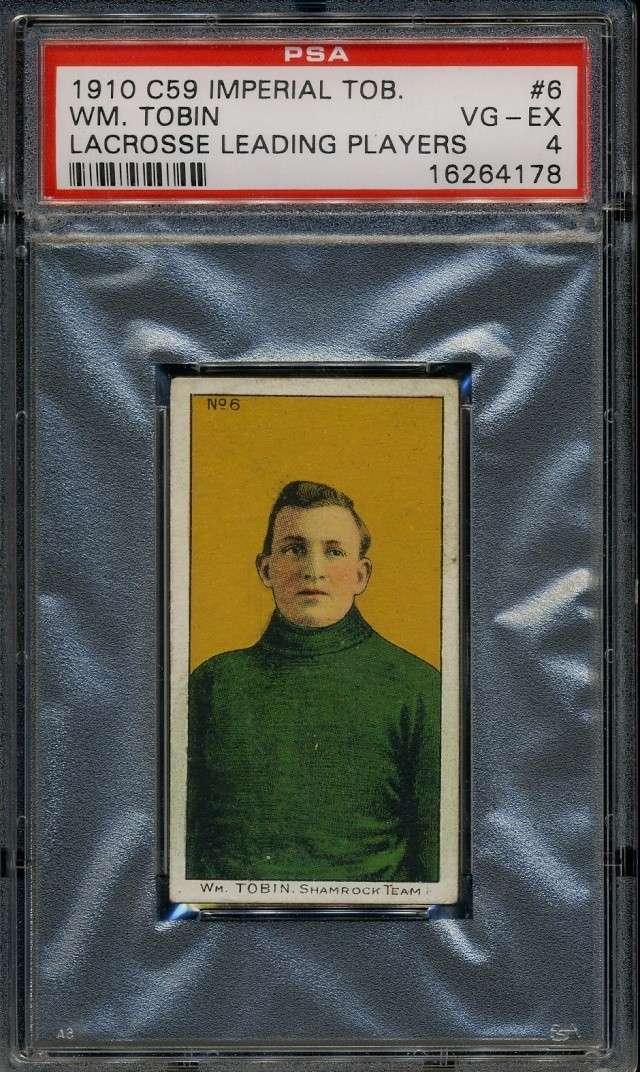 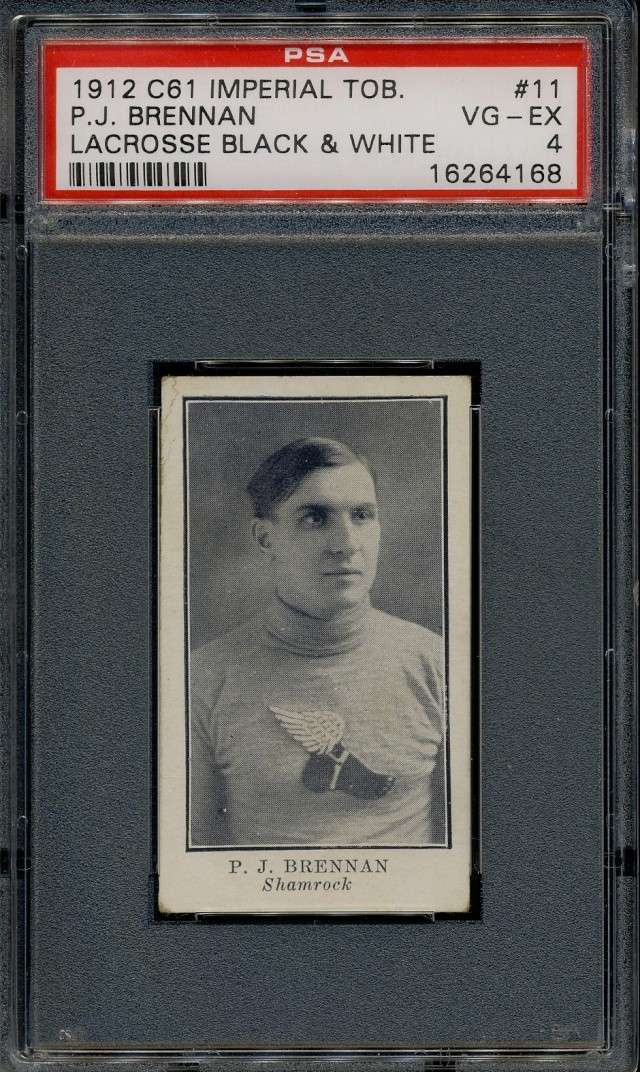 Here are scans to show the difference between the reverse of C60 (simpler) followed by C59 (more ornate): 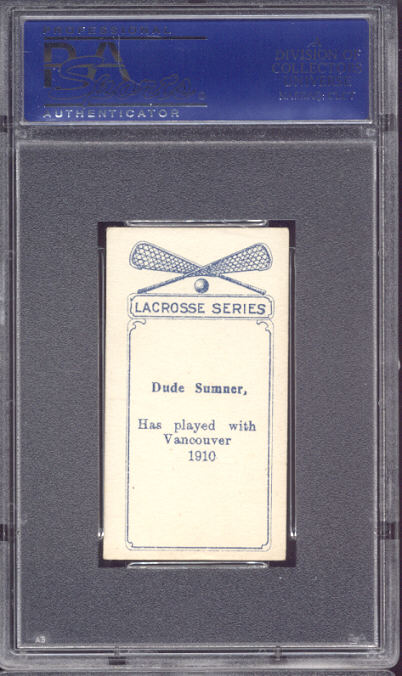 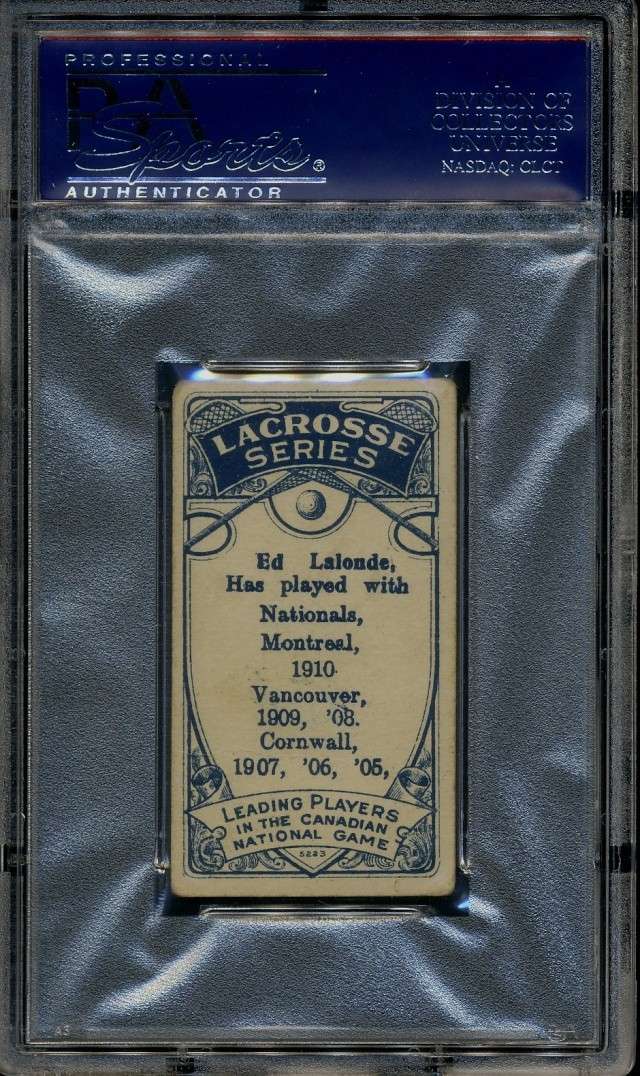 These scans show the 2 "extra" cards of C59 - Sumner and Lalonde. I also included a scan of my lemon Lalonde color variation within C59: 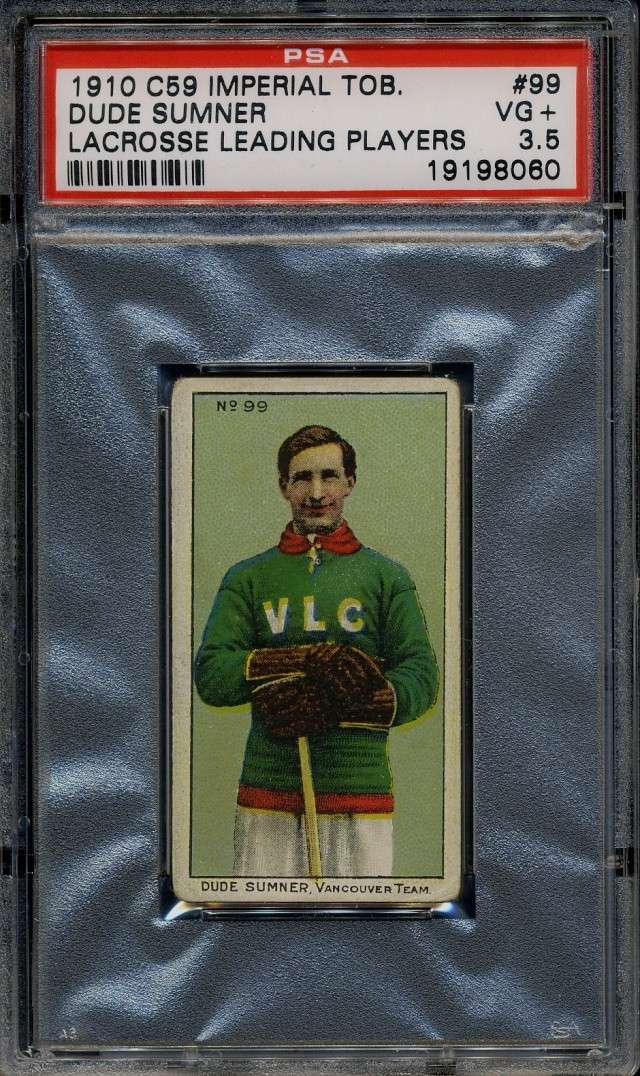 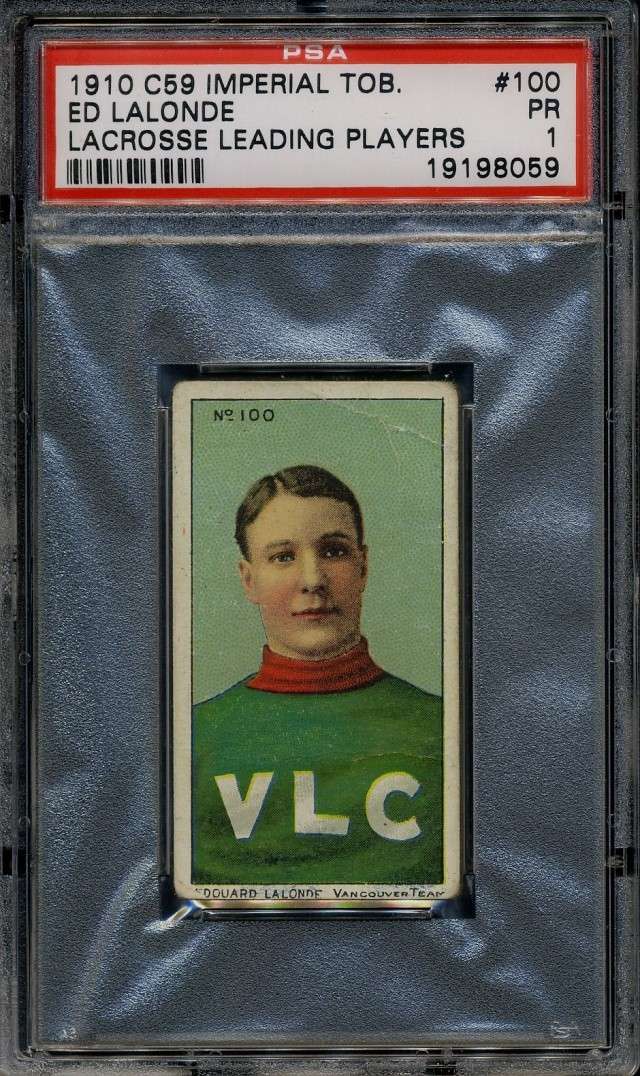 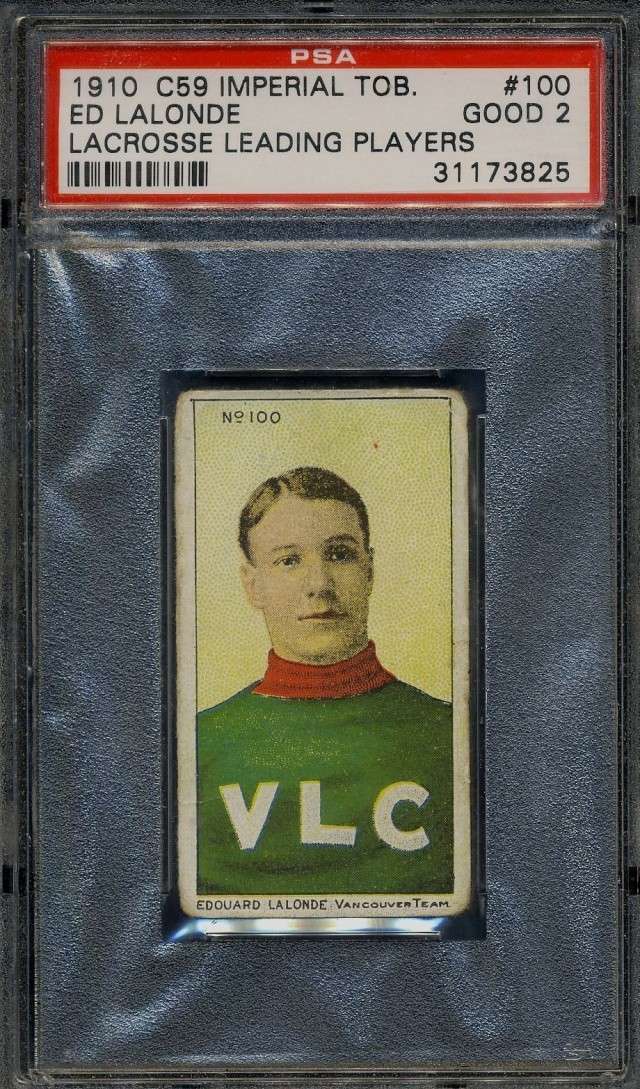 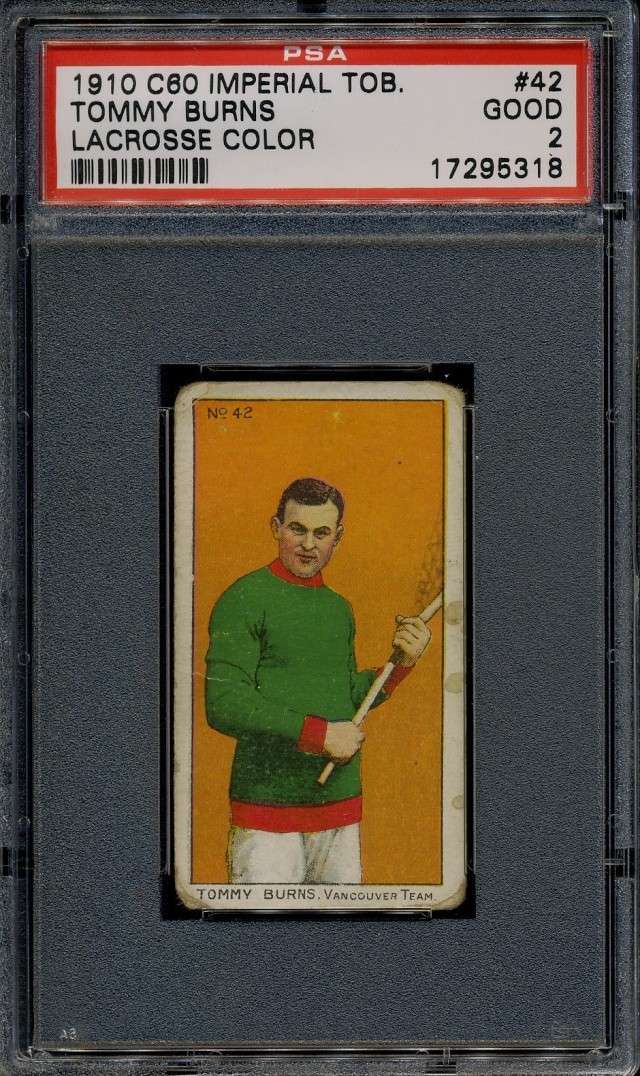 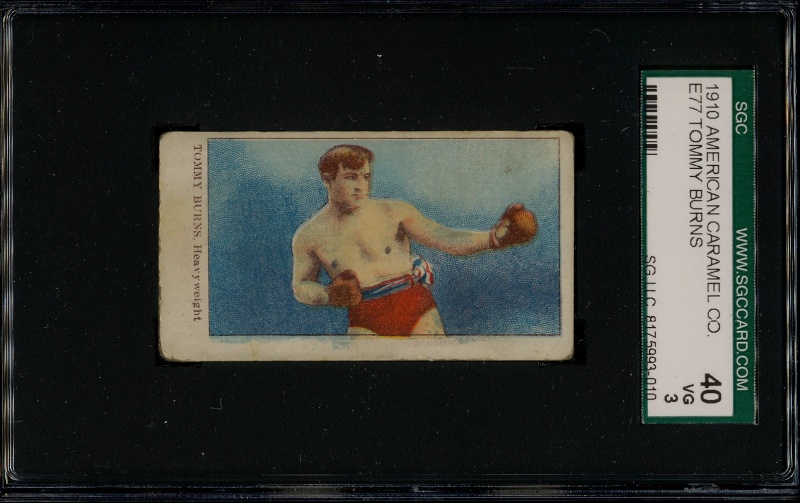 Prices are generally significantly cheaper for the lacrosse cards, even though they are considerably rarer. A few years ago in 2008-2009, there were some very high prices paid for C60 lacrosse cards. It seemed like some "whales" were after these and a lot of very high bids were made on eBay. Since then the prices have come down a fair bit on auctions (lucky for me as I built my set).

Nice cards! I noticed that Justcollect has some C61s in PSA holders on eBay right now...very high starting bids. We'll see if they get bidders (not me). These guys got some of the highest prices on C60s back in 2008-2009.

I just posted a few graded C60 Lacrosse cards for sale in the BST section, if anyone is interested - thanks!

Just saw this. I know that KO was buying old lacrosse and football (soccer) and cricket cards up about 4 - 5 years ago...it seemed that every time nice examples would come up Merkle would be bidding and winning.

I wound up winning a few really nice ones and had them graded by SGC, still not sure how the Taddy's graded a 60 but they looked like 80+ to me. 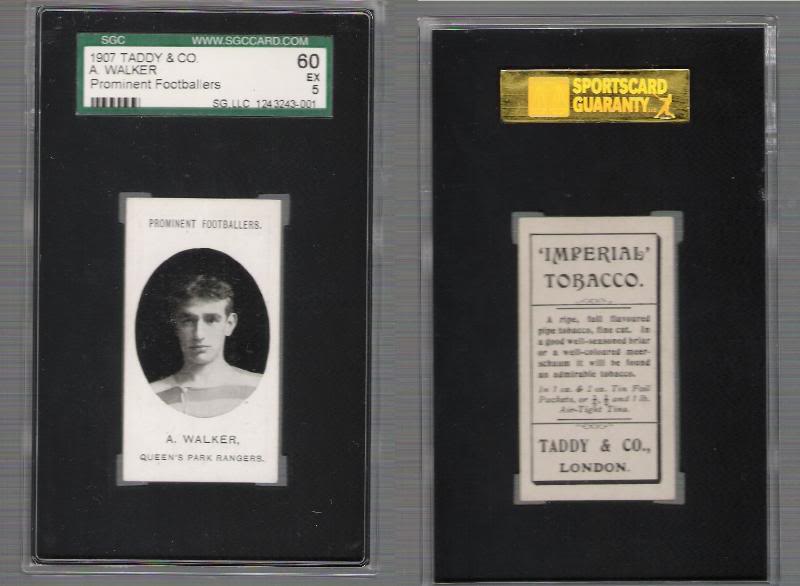 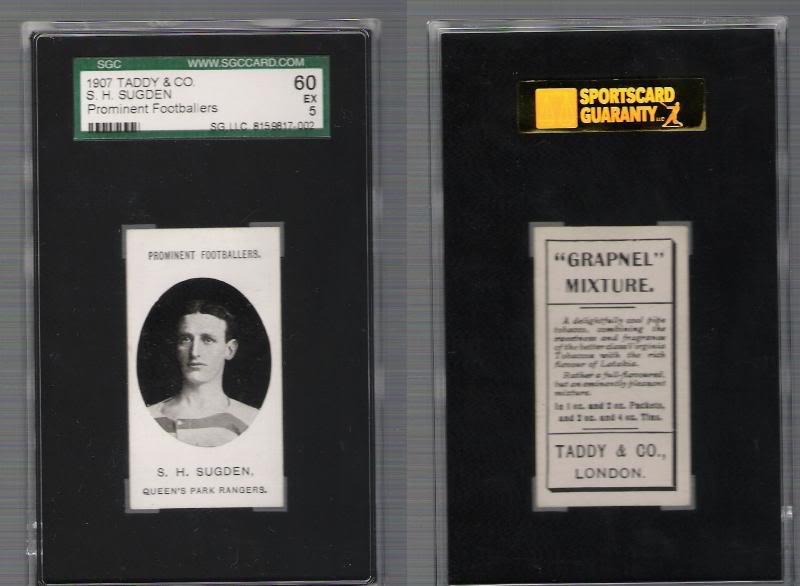 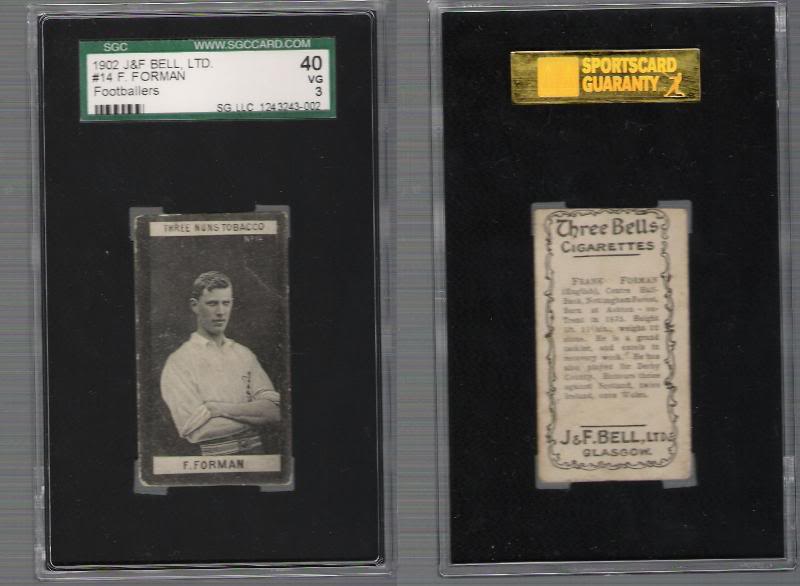 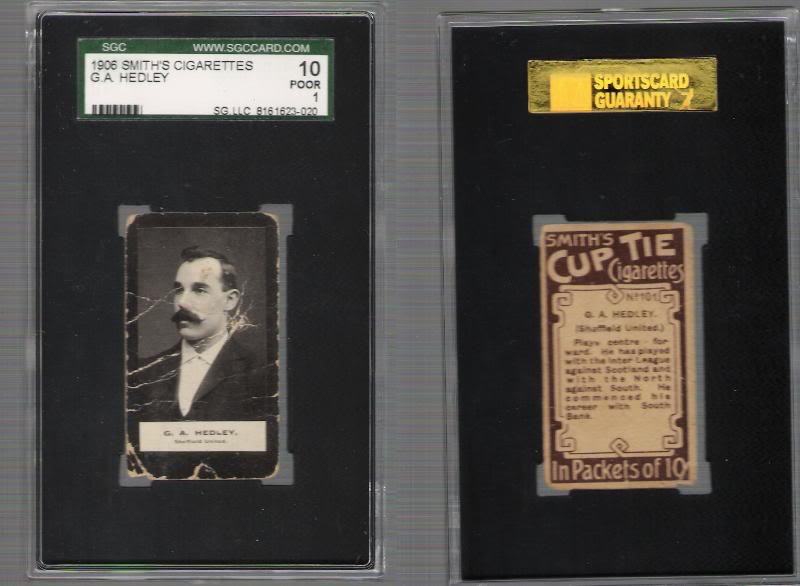 I'm new to this forum. I'm just getting back into collecting again after about 5 years of inactivity (collecting) .

Its amazing how many people get it wrong with regards to when the C60, C59 and C61 sets were issued. All one has to do is look at the PSA graded cards to see the confusion. Yes, even PSA gets it wrong. I have some C59 cards graded by PSA but the label says "1910 C60". "1910 C59" is also a common sight amongst PSA graded cards. Once in a while they do get it right. They rarely mess up the C60 and C61 sets.

By the way, PSA will correct any mislabelled cards.