what's the chance this rucker autograph is real?? the t3 is true 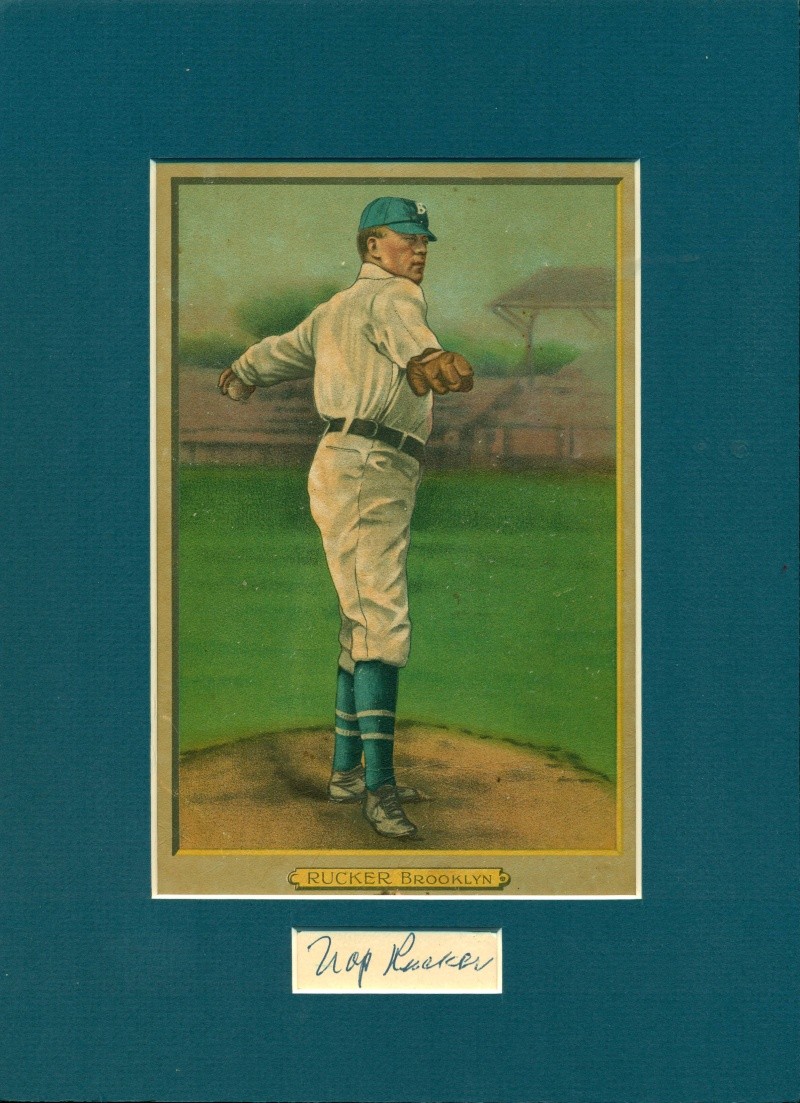 I'll say this: There are two items currently on ebay that are allegedly signed by Mr. Rucker; between those and your item, not one of the three looks like it was signed by the same person. The flourish on the opening N and on the opening R of the last name changes in each case. On his T205, he signed by opening with an abbreviated version (Geo.) of his actual Christian name George. And that signing of Rucker didn't look like this, either.

What all that means, who knows. Without any certification of authenticity, I'd probably be skeptical of this. The card itself, however, is awesome.